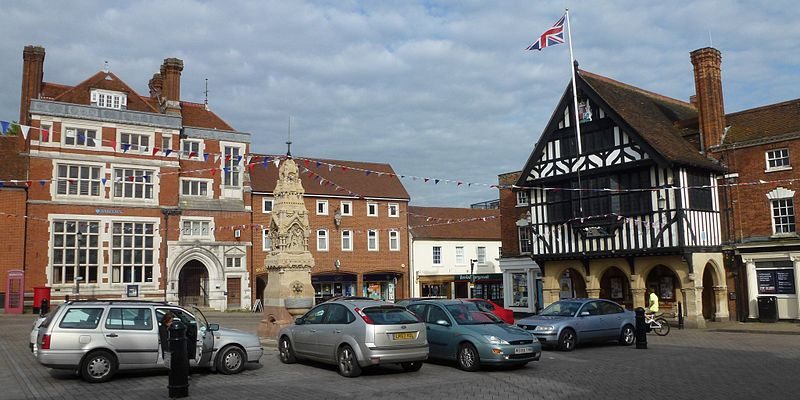 Saffron Walden is ancient town with superb historical buildings and a beautiful market with medieval houses and vintage vendors in the middle. The city is named this way after the rare Crocus sativus, saffron crocus, in ancient times used as a treatment and also as a food ingredient. In the 18th century the area’s major industry was malt for brewing.

Inside the city thin roads are stuffed with old, half-timbered properties, and the same as Ipswich, the public custom of pargeting is quite definitely in evidence. As you may possibly assume from its name, the town has developed greatly from the trade of saffron that was collected from the nearby crocus fields. Not far away you will discover what is probably the most elegant Jacobean houses ever established, Audley End, which is currently managed by English Heritage.

A great number of the historical constructions in Saffron Walden were built by Quakers, and lasted until these days in this town, mostly unaltered by industrialization. In the town you can also admire the ruins of what once was the Saffron Castle and also a beautiful Parish church, maybe the biggest one in Essex.

Transfer from London Stansted Airport to Saffron Walden by Rail:

National Express East Anglia operates trains to Saffron Walden from London Liverpool Street station. When you arrive to Saffron you will have to stop at the Audley End station which is situated 2 miles from the town. Bus services 301 and 59 link the station with the town. You can also get one of the minicabs waiting at the station to take you to Saffron Walden. There are several ways to get from Stansted Airport to Liverpool Street Station. You can either take the tube, train, bus or if you are in a hurry to get to Saffron Walden you can always get a minicab straight from Stansted Airport.

Transfer from London Stansted Airport to Saffron Walden by Car: