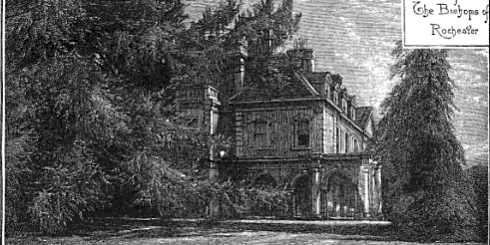 The Bromley Palace is an important landmark located in Bromley. This manor house used to be home to the Rochester Bishops until the 19th century. Nowadays, the palace is included in the Bromley Civic Centre. The Bromley manor dates from the 10th century, but at the time it was a poor land that wasn’t even arable. The first house on those grounds was constructed in 1100 and it was designed by Bishop Gundulph. The property was rebuilt in the 12th century and it achieved a cosier and friendlier design and atmosphere.

An oratory and a holy well were included on the palace’s grounds. They were both built in honour of Saint Blaise and they transformed the area in a pilgrimage site. The chapel on the site was built in 1701 and many other additions and improvements were made by the various bishops who owned the house. Still, the residence was demolished and after that rebuilt in the late 18th century.

The palace was converted into a school in the 20s and then into a teacher training college. The college survived until 1980. The parkland surrounding the palace features a folly, an ice house, pulhamite rockeries, a boat house, a lake and multiple lawns.

Transfer from Bromley (BR1) to Gatwick Airport by Rail:

Transfer from Bromley (BR1) to Gatwick Airport by Car:

In order to get from Bromley to Gatwick Airport by car, you have to take the A23 road and the M23 motorway. The distance between Bromley and Gatwick Airport is 24.5 miles.

Transfer from Bromley (BR1) to Gatwick Airport by Taxi: