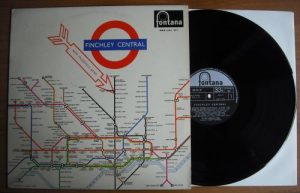 The heart of Finchley Central is the Church of St Mary and the area around it. This is the oldest area of the district and it features the Pardes House School tower, an imposing local landmark. Hendon Lane is also home to a public library and along the Ballards Lane you can see a retail district featuring an Edwardian and Victorian shopping parade. There are also modern shops such as Tesco.

On the East End Road, you can see two notable institutions. The Sternberg Centre is a cultural centre that serves the Jewish community and the Avenue House accommodates the Finchley Society. The Avenue House was constructed in 1859 and it features an impressive Victorian house. Formerly, that land was called the Temple Croft Field and it was owned by Henry Charles Stephens, a philanthropist and ink magnate. There is also a park that surrounds the mansion and that features lawns and trees such as shrubberies and old evergreens. It also includes a playground for the little ones, a fountain and a pond. It is home to interesting birdlife like robins, great tits, greenfinches and great spotted woodpeckers. 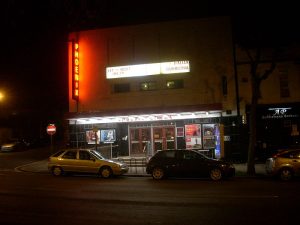 Finchley featured a parish vestry since 1547. In 1878, it was converted into a local board and in 1895, Finchley became an urban district. From 1933 and 1965, it was a municipal borough. Since 1965, it was incorporated in the Barnet London Borough. Between 1959 and 1992, Finchley was incorporated in Margaret Thatcher’s Parliamentary constituency. She was one of the most famous British Prime Ministers. Today, Finchley is included in the Golders Green and Finchley constituency.

The tram services came to Finchley Central in 1905. In a very short period of time, it was extended to Barnet. In the modern times, the trolley buses replaced the tram services. The Underground New Works Programme was introduced in 1933. The plan was to carry it out between 1935 and 1940. It implied the electrification of the lines in Finchley and the construction of a tunnel that would connect East Finchley with Archway.

The work began and was almost done when the World War II emerged. It was enough time for the East Finchley station to be rebuilt. However, in September 1939, the passenger services between Edgware and Finchley ended. In 1940, the underground trains ran from High Barnet to Central London. In 1941, they even ran to Mill Hill East, where the army barracks were placed.

The Metropolitan Green Belt was introduced after the end of the World War II. Thus, the pre-war plans were undermined and the authorities abandoned the upgrading of line between Edgware and Mill Hill East. The line was finally closed in 1964. 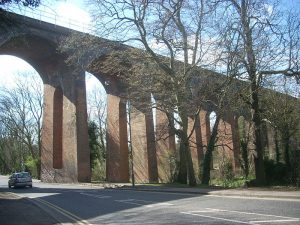 In the medieval era, the area that now houses Finchley Central was mainly covered in woodland and was scarcely populated. Proper farming started in the 13th and 12th centuries. Also, in the 16th and 15th centuries the Finchley Common was formed and the eastern woods were cleared. The Great North Road was constructed in the medieval times. It passed through the common and by the 19th century, it was famous for being home to Highwaymen.

The St Mary Church was recorded for the first time in the late 13th century. The Church End development or the current Finchley Road area grew around the Church of St Mary. The East End Hamlet developed in 1356 near the Park of the Bishop of London. Later, the region changed its name into East Finchley.

In 1867, Finchley Central was reached by the London, Highgate and Edgware Railway. This is the current Great Northern Railway. The route was going from Edgware to Finsbury Park. Finchley welcomed the High Barnet railway in 1872.

Transfer from Luton Airport to Victoria Station From 1933, Victoria station had a complete new cinema program. Later on, it developed in a cartoon cinema. This program provided continuous shows for the travellers. Although it seems like a good idea even today, it was abandoned in 1981. In spite of that, in the 1980s, the…

Transfer from Stansted Airport to Victoria Station The two connected underground stations at Victoria are on different levels and were built more than a century apart. The older one is just below road level and on the north side of the bus station. It serves the District and Circle lines and was constructed by “cut…

Transfer from Gatwick Airport to Victoria Station The station’s initial purpose was to link the London Brighton and South Coast Railway and the London Chatham and Dover Railway. The first line, London Brighton made a good connection to all passengers going to the city of London, all except the ones living in Westminster. The proposition…