Transfer from Stansted Airport to Norwich 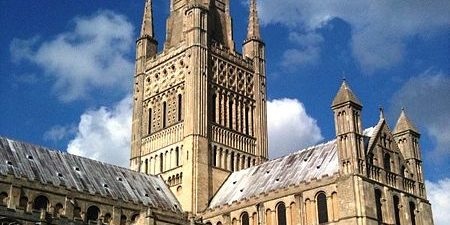 Transfer from Stansted Airport to Norwich

Located on the shore of the River Wensum, the town of Norwich seems to have perfectly maintained its medieval identity. Norwich became extremely wealthy during the Middle Ages when it was the most important place for the East Anglian wool commerce. A number of 30 amazing churches and other imposing buildings that amaze tourists daily date from that time. A castle keep on a hilltop guards the town while bellow it ancient Norwich expands as its stoned streets mixed with half-timbered houses guide to an amazing cathedral hidden behind huge iron gates.

Norwich is a place of great historical past. While in the Anglo-Saxon era it was a significant port and grew to become an important place of cloth trading during the Middle Ages. The town was established in the 6th century by the Saxon North Folk where Yare and Wensum rivers connect. The first records of Norwich initially showed up at the start of the 10th century. William the Conqueror ordered the construction of a castle at Norwich in 1067, making use of the residents as forced workers. Another castle, the one you can still admire today, was constructed on the same mound 60 years later. It is now a museum that displays silver, local art, porcelain and glass as well as historical remains and Medieval armors. You can also visit the dungeon and castle battlements.

Norwich has a great number of fascinating things to do. It boasts an abundant nightlife with a great number of pubs, bars and clubs everywhere and there are a lot of shopping places that house modern and also old lovely shops.

Transport from London Stansted Airport to Norwich by Coach:

Transport from London Stansted Airport to Norwich by Rail:

Transport from London Stansted Airport to Norwich by Car:

Transport from London Stansted Airport to Norwich by MinicabTransfer: