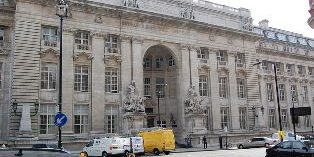 The district of South Kensington is located in the Chelsea and Kensington Royal Borough. It is situated just 2.4 miles away from Charing Cross and Central London. The area is known for including some of the world’s most exclusive and expensive real estate. The wealthy people from all over the globe are looking forward to buying and having a property in this region. The district is highly populated by Middle – Eastern, American, Italian, Spanish and French citizens. The French cafes and bookshops, the French Institute and the Lycée Français are an evidence for the strong French presence in the area.

The development of the South Kensington district began in the late 19th century. Until that moment, the area was mainly agricultural and its primary role was to supply London with vegetables and fruit. The opening of the Great Exhibition in 1851 was a big boom for the region and it encouraged the landowners to invest more in their land. At the same time, new roads were created and the introduction of the Underground finally settled South Kensington as an important district of London.