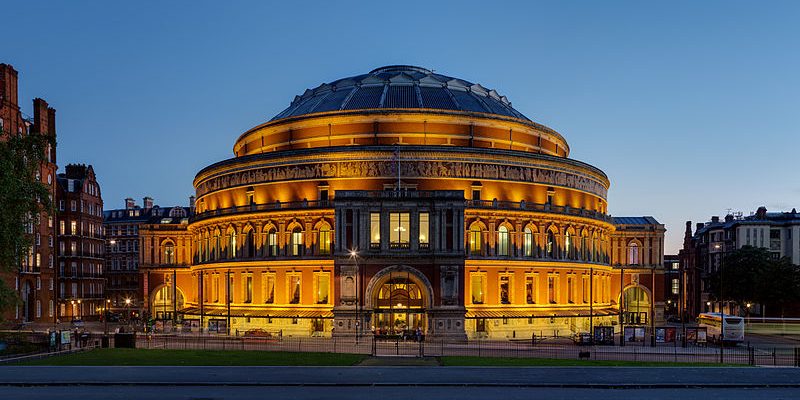 South Kensington boasts of cultural and historical institutions and venues. One of them is the Royal Albert Hall. This concert hall is located in the northern part of the district and it’s famous for hosting the summer Proms concerts. This annual concert series has started in 1941. The Royal Albert Hall was officially opened in 1871, by Queen Victoria. In time, it has become one of the most distinctive and treasured buildings in the United Kingdom. Over 350 events are held annually in this impressive concert hall. These events include banquets, classical concerts, charity performances, pop and rock concerts, community and school events, award ceremonies, sports ceremonies, opera and ballet.

The building that houses the Royal Albert Hall features terra cotta block ornaments and decoration and it’s made from fine Fareham Red brick. The design of the hall was signed by Henry Scott and Francis Fowke and the dome on the top was created by Rowland Ordish. The dome is glazed and features wrought iron.