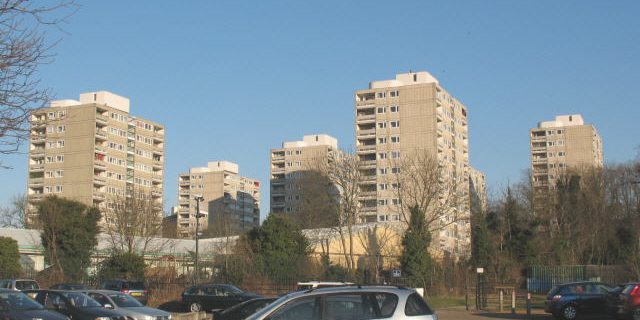 The neighbourhood of Roehampton is part of the Putney district. The area is located very close to the prestigious Richmond Park Golf Courses and the beautiful Richmond Park. In the 19th and 18th centuries, Roehampton was an important residential suburb of London. Numerous large private estates were built in that period. Some of them have survived until date and have become tourist attractions: Downshire House, Mount Clare, Parkstead House and Roehampton House. The Alton Estate is of particular interest as it represents one of UK’s largest council estates. Its architecture is modernist and includes both high – rise and low – rise projects.

The Alton Estate is surrounded by a series of notable establishments and buildings. The Cornerstone is a community centre that offers various social facilities for the residents. The Parkstead House is a historical structure that houses the Whitelands College and it’s situated very close to Richmond Park. Other buildings that can be visited are Mount Clare, Maryfield Convent and The Highcliffe.

Transfer from London Luton Airport to Putney (SW15) by Rail:

So as to get transfer from London Luton Airport to Putney by rail, you need to take the National Rail Service to St Pancras Low Level in a journey that lasts almost 32 minutes. From King’s Cross St. Pancras Station, you can take the tube to Vauxhall Station and then another train to Putney. Other transport options include taking a taxi transfer from King’s Cross St. Pancras Station, Vauxhall Station or Luton Airport to Putney.

Transfer from London Luton Airport to Putney (SW15) by Car:

In order to get from Luton Airport to Putney by car, you have to take the M1 motorway. The distance between Luton Airport and Putney is 38.6 miles.

Transfer from London Luton Airport to Putney (SW15) by Taxi: