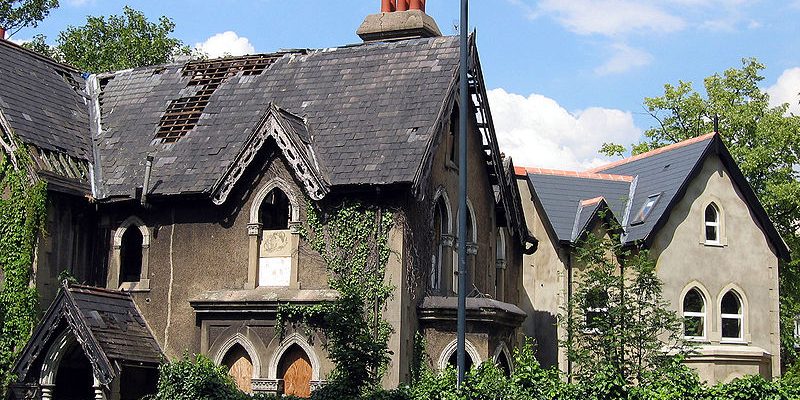 The Dulwich Plough is one of the most interesting areas in East Dulwich. It received the name from “The Plough”, a local pub that dates from 1830. In 1996, the pub was included in the Bass taverns pub chain, receiving a new name: Goose and Granite. The locals fought for the former name, but the title Goose and Granite was preserved for a decade. In 2005, received its former name, The Plough and was gentrified. Near the pub, one can see the beautiful Dulwich Library, dating from 1897.

The most interesting and attractive building in the area is the Concrete House, located on 549 Lordship Lane. The property is made from concrete and it dates from the 19th century. Nowadays, it’s listed as a grade II structure. The Concrete House remains the only building of its kind in England. The house was constructed by Charles Drake in 1873 and later on was included on the list of English Heritage Structures at Risk.

Transfer from Stansted Airport to East Dulwich (SE22) by Rail:

So as to get a transfer from Stansted Airport to East Dulwich by rail, you need to take the National Rail Service to London Tottenham Hale on a journey that lasts almost 35 minutes. From Tottenham Hale Station, you can take the tube to Victoria Station and then the National Rail Service to Denmark Hill. Other transport options include taking a minicab transfer from Tottenham Hale Station, Victoria Station or Stansted Airport to East Dulwich.

Transfer from Stansted Airport to East Dulwich (SE22) by Car:

Transfer from Stansted Airport to East Dulwich (SE22) by Minicab: