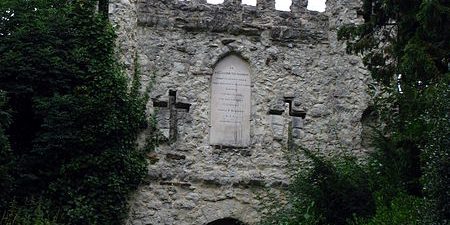 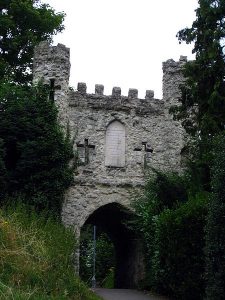 The Reigate Castle is one of the main landmarks in Reigate. The castle was built around the 11th century by the 2nd Earl of Surrey, William de Warenne. In 1150, the Earl began building a town just below the castle. That town became the present Reigate. No one knows exactly what the origin of the name is. However, it is believed to come from Roe-deer Gate, meaning that the settlement was situated close to the deer park entrance.

In the 13th century, the Reigate Castle was taken over by the French and in 1347 it was owned by the Earl of Arundel, Fitzalan. Throughout the years, the castle was administered and owned by numerous Lords of the Reigate Manor. In the 16th century, the residence fell into disrepair because remained unoccupied. Then, in the 17th century, more precisely in 1648, it was demolished.

The former site of the ruins was occupied by a medieval gateway in 1777. Below the gateway there is an inscription that commemorates and reminds of the old castle. The only surviving part of the Reigate Castle is the Baron’s Cave. Nowadays, on those grounds, people can visit the Reigate Castle Tunnel, the first road tunnel in Europe.

Transfer from Reigate to Gatwick Airport by Rail:

Transfer from Reigate to Gatwick Airport by Car:

Transfer from Reigate to Gatwick Airport by Taxi: