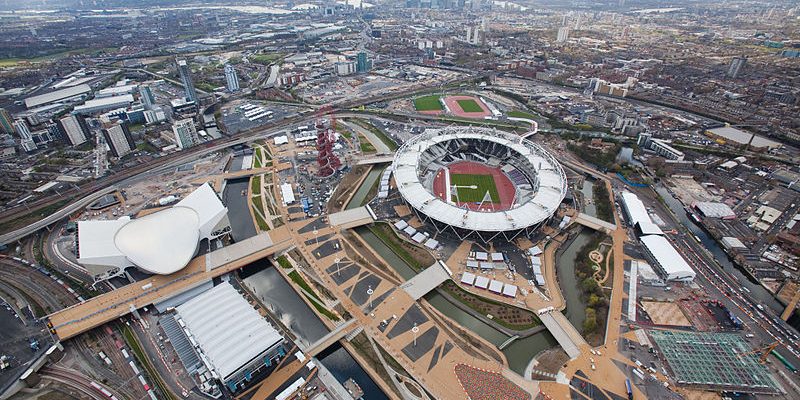 The postcode E20 was especially created for Stratford City and the Olympic Park. Until now, it only designated the district of Walford, a fictional suburb that was featured in EastEnders, a TV soap opera. The Olympic Park is served by 4 railway stations: Pudding Mill Lane DLR, Stratford International, Stratford Station and Hackney Wick.

The designer of the park was EDAW Consortium. The venue includes 5 indoor arenas: the Velopark, the Aquatics Centre, Water Polo Arena, Copper Box and Basketball Arena. Other facilities inside the Olympic Park are East Village, Riverbank Arena, ArcelorMittal Orbit and Eton Manor. In time, the Olympic Park will become one of Europe’s largest urban parks.

So as to get transfer from London Heathrow Airport to Olympic Park by rail, you need to take the Heathrow Express Service to London Paddington in a journey that will last almost 16 minutes. From Paddington Station, you can take the tube to King’s Cross St. Pancras Station and from there you will take the National Rail Service to Stratford International. Other transport options include taking a taxi transfer from Paddington Station, King’s Cross St. Pancras Station or Heathrow Airport to Olympic Park.