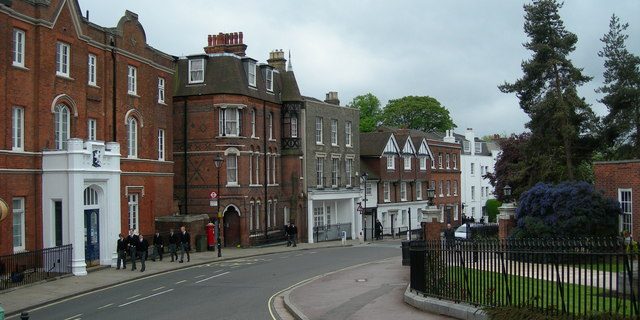 Harrow is a special and one-of-a-kind town as it combines the convenience of a multicultural and modern community with the English charm, history and tradition. It sits on the Hertfordshire boundary and it is famous for the Harrow School, a public school for boys that was attended by Winston Churchill and 6 other future British Prime Ministers. The High Street is the most picturesque and well – known area in the district, as it features the stately school buildings, beautiful Victorian roads and a parade of tea rooms, pubs, restaurants and shops.

The St Mary’s Church located on the hilltop dominates the Harrow skyline. It is believed that the churchyard was frequently visited by Lord Byron, the romantic poet. While he enjoyed the views, he found inspiration for many of its poems. The Peachey Stone is home to a memorial commemorating Lord Byron.

The Harrow Museum is one of the major landmarks in the town. It sits in North Harrow, in a marvellous medieval estate and it talks about Harrow’s history. Its collection comprises a granary, a small barn, a tithe barn and the Headstone Manor, listed as a Grade I structure.

Transfer from Harrow (HA1) to Luton Airport by Rail:

Transfer from Harrow (HA1) to Luton Airport by Car:

In order to get from Harrow to Luton Airport by car, you have to take the M1 motorway. The distance between Harrow and Luton Airport is 23.8 miles.

Transfer from Harrow (HA1) to Luton Airport by Taxi: