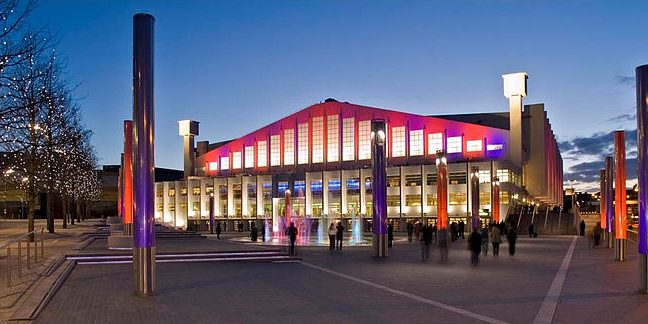 Another impressive landmark in the Wembley district is the Wembley Arena. This indoor venue that used to be known as Empire Pool sits near the Wembley Stadium. This beautiful structure was constructed in 1934, by Arthur Elvin. It was designed especially for the British Empire Games. In the beginning, the arena featured a swimming pool that was used in 1948 for the Summer Olympics. Currently, the building serves as an entertainment venue for sport, comedy and music. It was renovated in the early 2000s and it was officially opened in 2006 with a Depeche Mode concert.

It is the second largest indoor venue in London, featuring 12,500 seats. The largest indoor area in London is The O2. Starting with 1934, Wembley Arena has hosted a wide array of events, especially concerts held by world class artists such as The Rolling Stones, David Bowie, The Beatles, The Cure, ABBA, Diana Ross, Pearl Jam, Bob Dylan, A-ha and Meat Loaf.

In front of the building you can see the Square of Fame that resembles the famous Walk of Fame in Hollywood. Thus, the Square of Fame in Wembley features bronze plaques with the handprints and names of the various artists that have performed there. The first plaque was awarded to Madonna.

Transfer from Wembley (HA9) to Luton Airport by Rail:

Transfer from Wembley (HA9) to Luton Airport by Car:

In order to get from Wembley to Luton Airport by car, you have to take the M1 motorway. The distance between Wembley and Luton Airport is 31 miles.

Transfer from Wembley (HA9) to Luton Airport by Taxi: