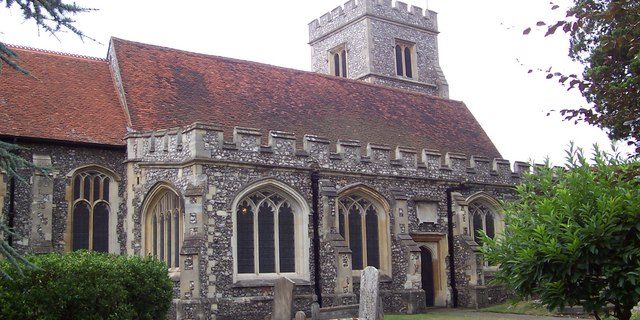 St Martin’s Church is an impressive local landmark. It is a Grade B structure and its nave and chancel date from the 13th century. The building is located close to the Manor Farm, on the Ruislip High Street. It is believed that Ruislip had a church since the 1th century, but the present church replaced it in 1245. The archaeologists found stones dating from the Norman era on the church’s site. For a long period, Ruislip was owned by the Bec Abbey monks and they were the ones that named the church.

The building was in a despair state in the 15th century, so it was rebuilt by the end of the century. The south aisle, the chancel and the church tower date from that period. The south aisle was expanded in 1500. Another restoration work took place in 1870 and it was made by George Gilbert Scott, a local architect. Until 1976, the church graveyard used to accommodate the war memorial for those who died in the World War I.

Transfer from Ruislip (HA4) to Stansted Airport by Rail:

Transfer from Ruislip (HA4) to Stansted Airport by Car:

Transfer from Ruislip (HA4) to Stansted Airport by Taxi: