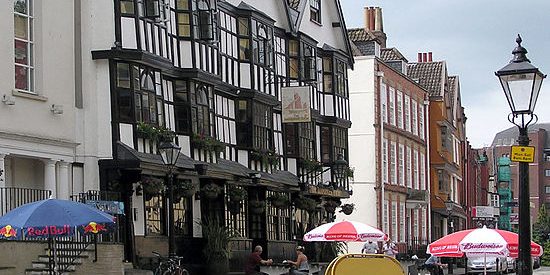 Bristol has an impressive architectural value. It features no less than 51 Grade I structures, 3,800 Grade II and 500 Grade II* structures. The buildings bear a large selection of architectural styles, both traditional and modern. The Bristol Byzantine style was developed in the city, in the 19th century. It is a unique design and it is featured on a couple of buildings. All the British architectural periods are represented in the city. There are still remnants of the fortified castle and city, dating from the medieval era. Moreover, Bristol features 12th-century churches.

Most of the historical structures can be found in the city centre. Near the centre, you can see various Tudor mansions that used to be owned by wealthy merchants. Kings Weston House is notable. Its design was signed by John Vanbrugh. Bristol is also home to various Tudor public houses and almshouses. There are also a few Georgian-era squares dating from the 18th century. The harbourside, the office buildings and the shopping centres are continuously redeveloped, making Bristol one of England’s most distinguished, interesting and beautiful cities.

Transfer from London City Airport to Bristol by Rail:

So as to get transfer from London City Airport to Bristol by rail, you need to take the Dockland Light Railway to Canning Town Underground. This journey will last almost 7 minutes. From Canning Town, you can take the tube to Baker Street Underground and from there you will take another tube to London Paddington. Then, you can take the National Rail Service to Bristol. Other transport options include taking a taxi transfer from London Paddington, Baker Street, Canning Town or London City Airport to Bristol.

Transfer from London City Airport to Bristol by Car:

Transfer from London City Airport to Bristol by Taxi: