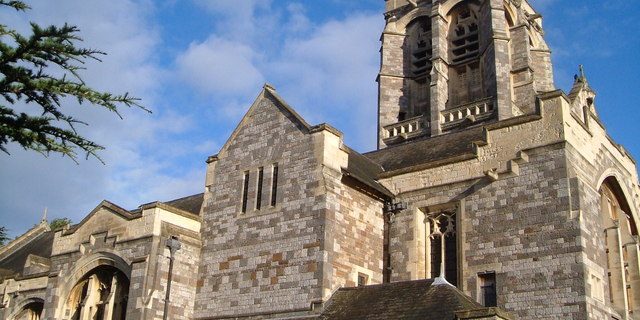 Exeter is mainly known for the Exeter Cathedral, an Anglican church. It also represents the Bishop of Exeter’s seat. The current structure dates from 1400 and it features a couple of famous amenities such as England’s longest uninterrupted vaulted ceiling, the astronomical clock and an historical set of misericords. Other notable features are the organ and the ministrels’ gallery. There are 50 misericords in the cathedral and they represent one of the few and oldest sets in the country. Some of them date from 1250 – 1260 and the others from 1220 – 1230.

The ministrels’ gallery was constructed in 1360. Exeter is the only English cathedral featuring such a gallery. The front of the room features 12 painted and carved angels who play musical instruments such as cymbals, cittern, tambourine, bagpipe, guitar, hautboy, trumpet and harp. The astronomical clock dates from the 15th century. In the 20th century, the original mechanism of the clock was replaced, but it was preserved and exposed a floor below.

Transfer from London City Airport to Exeter by Rail:

So as to get transfer from London City Airport to Exeter by rail, you need to take the Dockland Light Railway to Canning Town Underground. This journey will last almost 7 minutes. From Canning Town, you can take the tube to Baker Street Underground and from there you will take the tube to London Paddington. Then, you have to take the National Rail Service to Exeter. Other transport options include taking a taxi transfer from London Paddington, Baker Street, Canning Town or London City Airport to Exeter.

Transfer from London City Airport to Exeter by Car:

Transfer from London City Airport to Exeter by Taxi: