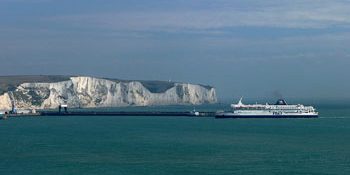 Transfer from Central London to Port of Dover 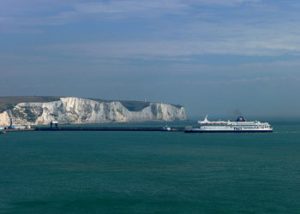 The Port of Dover cruise terminals are at an approximate 75 miles distance from Central London. However, this is not the most chosen port when it comes to holidays, the two leading places being occupied by Port of Southampton and Harwich Port. The Port of Dover functions mainly as a connection between the United Kingdom and the country of France, providing important trading services. The only busy period regarding cruise ships happens during the summer months. The period is usually comprised between April and late September.

The Port of Dover presents three cruise terminals that are situated in the Western and Eastern docks. Between them you can find the town of Dover. The most busiest and preferred cruise terminal is terminal number 2. An important benefit that Port of Dover can provide to its passengers is easy access to bus, rail or private transfer. If you have not booked with a private hire company, you will easily find organized transfers ranks outside. However, if you decided to make a transport reservation, you will easily find your driver outside the baggage hall, carrying a name board with the lead passenger’s name written on it.

There is also a special service provided by the cruise companies that are active on the Port of Dover. This means that if you have booked a coach transfer through its customer support, you will be personally escorted to your transfer ride. Although bus and rail stations are situated nearby, you have to take a transfer to reach them. However, before heading towards your cruise and thinking about your departure possibilities, do not forget to do a little sightseeing if you have the chance to stay a day or two in Central London. You will find below the easiest means of transport that will get you safely to your summer holiday, after enjoying a little bit of the British life style.

Rail Transport from Central London to Port of Dover:

In order to get a Central London to Port of Dover Transfer by rail, you have the train from Edgware Road (Circle Line – every 5 minutes) via London St. Pancras (hourly) and then the bus from Dover Priory Railway Station (every 15 minutes). This whole journey takes about 1 hour and 31 minutes. Another option would be to take a bus from Baker Street tube station (every 15 minutes) via London Victoria (hourly). This journey will take about 2 hours and 12 minutes.

Road Transport from Central London to Port of Dover:

Private Transfer from Central London to Port of Dover: