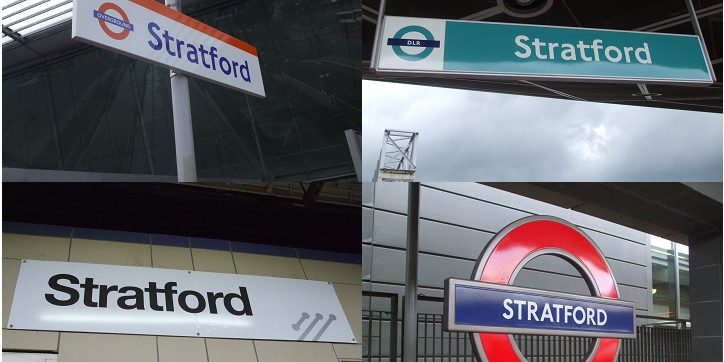 Stratford is an area located in East London, being part of the borough of Newham.  The station is only about 6 miles away from the London Central area. Also, its proximity to the Olympic Stadium made it the arrival point for many visitors and guests. The name Statford is probably coming from two words: street and ford. It is said that the area where the Olympic Games were held was a marshy one. Therefore, the Romans saw the need of building a pathway for travelers and also a Ford, known as the Old Ford. This construction made Stratford an important road junction and opened the path to a continuous development.

If we take a look of what Stratford became today we will definitely see, in the “front row” the Olympic Park, where 17 of the 26 Olympic sports took place, on the Olympic Stadium, Aquatics Centre, Velodrome and Basketball Arena.  In 2012 and since then, Stratford was and will remain London’s sport heaven, but besides this, recently the area became the home of Westfield Stratford City, an amazing shopping center. Its scale is so large, that a new postcode was introduced only for this “shopping city”, with more than 300 shops, one independent cinema, restaurants and bars.

In order to get rail transport from London Luton Airport to Stratford Station you need to take the train from the Luton Airport Parkway Station directly to St. Pancras Station. The train comes every approximately 20 minutes and the journey takes about 30 minutes. From there, still on the National Rail Line, you will have to travel from St Pancras to Stratford International Station.

London Luton Airport is 38 miles away from Stratford Station. If you want to travel by car, you have to take the M1 road until Edgware, then the A1 Road and A1200 which will take you to Old Street, then Shoreditch and Aldgate. You will finally arrive on A11 road, which will take you straight to Stratford area.

247 Airport Transfer can always provide you with a minicab from London Luton Airport to Stratford Station. The price for a Saloon car is £60 and the journey can take up to one hour and 25 minutes, if we include any traffic delays that may occur in rush hour time.