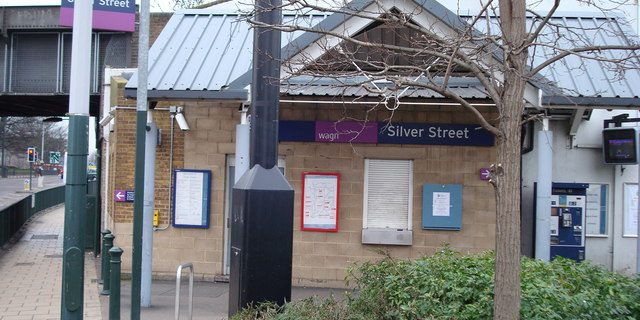 Silver Street is the main railway station in Upper Edmonton. It is situated near Fore Street, in Sterling Way. The name of the station comes from the street with the same title. Silver Street was established in 1630 and it was named after the silversmiths who lived in the area. The station was renovated and restored in the 80s, when the wooden covered staircases were replaced by concrete staircases. At the same time, a small brick shelter replaced the platform roof that was damaged by a fire.

Moreover, in the 1990s, a tunnel was built beneath the Silver Street Station. It was part of the North Circular Road and it also included the Fore Street. The 90s were also the years when a more modern ticket office was built in the eastern part of the Silver Street Station. An interesting fact about this railway station is that it’s located on an elevated track. Therefore, it offers views over the White Hart Lane trains and the Edmonton Green Station platforms. The station is served by Tramlink, DLR, National Rail and Underground.