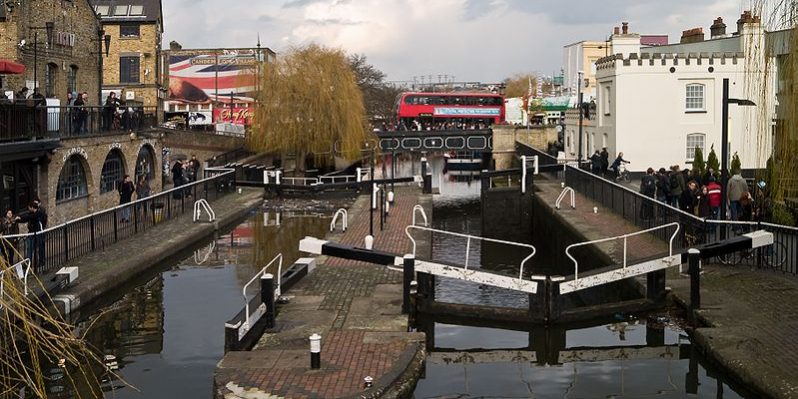 Even if the area declined after WWII being mostly abandoned and after that becoming notorious for drug abuse and prostitution, Kings Cross region reborn sometime after artist and designers started moving there especially because of the cheap rents and central London location. Just a few years passed until Kings Cross became a home to cultural establishments and some important buildings were constructed here like the London Canal Museum or the British Library.

The initial place identified to have been on or close to the site of the current Hall was the Manor House of the historical Manor of Purpoole: Purpoole can be translated as “the market by the lake”. The market was the cattle market, the existing site of the Prudential Insurance Building in Holborn. The lake or lakes were the regions to the north and east of Purpoole Lane, where the territory can be observed to slide away. The Manor House was the residence of Sir Reginald de Grey, Chief Justice of Chester, Constable and Sheriff of Nottingham, who passed away in 1308. None of the Inns of Court has confirmed a year of foundation. Even though some have later charters, none of the Inns were founded by charter, ordinance or endowment and there is no extant report of an initial hire. The records of Gray’s Inn do not commence until 1569.

The Inn was house for several significant barristers and political figures, most known being Francis Bacon as well as Elizabeth herself as a customer. Due to the attempts of well known members including William Cecil and Gilbert Gerard, Gray’s Inn turned to be the most significant of the four by number, with over 200 barristers registered as members. While in this interval, the Inn became mentioned for the masques and revels that were held there, and William Shakespeare is thought to have performed there at least once.

In 1370 the Manor House is referred to for the first time as a hostel. The new description indicates a gathering of lodgers at the Manor House by 1370 and it appears to be possible that the hostel was a learned society of lawyers, because only eighteen years later two members became Serjeants.

The building comprises four known features and great places to visit known as The Hall, The Chapel, The Walks and The Library.

The life of Gray’s Inn is centered on the Hall, and so it has been all over its extensive history; more so probably in the 15th and 16th centuries when the students were living in the Inn and presence at Dinner and Supper in Hall was mandatory, as also were the classes of teaching and practical routines.

The Hall has been its current dimension and form since it was rebuilt in 1556-8, apart from that had no screen then. Even the grievous war damage of 1941 did not completely damage those 16th century walls, and the glass, pictures and Treasurers’ shields which were moved to a place of safety, were capable to be exchanged on the refurbished walls.

A part of the stained glass in the windows is 400 years old. The very first commemoration dates back to 1462, which can be viewed in the top left hand side of the north side oriel window. In the center of that window at the top are the great arms of the Duke of Albermarle (General Monck) who led King Charles II’s army into London at the Restoration. The Accounts Ledger for 1660 records that the Benchers, undoubtedly looking to exhibit their loyalty, paid 10 shillings for a carriage to take them to greet General Monck as he marched into London.

The Chapel dates back from 1315 and was also part of the initial manor house used by the Inn. It was enlarged 300 years later and rebuilt in 1698 because it was considered to be very ruinous. The Chapel was subject to another reconstruction in 1960.

Very appreciated and well-maintained by William III, The Walks are the gardens inside Gray’s Inn and have been there since 1597. Founder of The Walks was Francis Bacon who is said to have paid 7 pound for “planting the trees in the walkes”. Near 1800 Charles Lamb affirmed that The Walks were “the best gardens of any of the Inns of Court, their aspect being altogether reverend and law-abiding”. Many other improvements were supposed to be made to The Walks but the Inn’s lack of prosperity made them impossible.

The very first information on Library shows up in 1555 when Robert Chaloner advised in his Will that all his law books need to be secured by chains in the Library at Gray’s Inn. In the 16th and 17th centuries the Library was located on the site where now stands 1 Gray’s Inn Square, and in the 18th century an order was made to construct a library in Holborn Court (now South Square). Other developments were made around 1840 and 1880. By 1929 an even bigger establishment was required which led to the construction from funds supplied by the trust created by Master Sir John Holker. Known as the Holker Library and once described as “the most comfortable library in London” it was, only eleven years later, put to the ground by bombs and fire, and its 30,000 books were destroyed except for the collection of manuscripts and early printed books, which had been moved to the country.

A new building was constructed instead and books were gathered from many places, many people donating their collections to the library. Master Winston Churchill paid specific attention to the rejuvenation and reconstruction of the place.

Transfer from London Luton Airport to Camden (WC1) by Rail:

Transfer from London Luton Airport to Camden (WC1) by Car:

In order to get from Luton Airport to Camden by car, you have to take the M1 motorway. The distance between Luton Airport and Camden is of 31.7 miles.

Transfer from London Luton Airport to Camden (WC1) by Taxi: