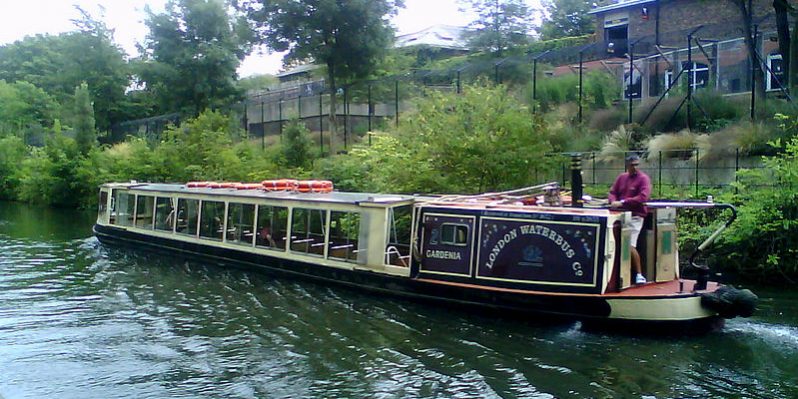 Apart from the amazing British Museum Bloomsbury houses another place special to London, the large garden of Russell Square. The square was created by the same person that built Bedford Street in Covent Garden, the Dukes of Bedford and was formed on the site of the gardens of his former home Bedford House when new streets were laid.

You can still see today several of the large terraced houses constructed generally to serve upper middle class families. You will find most of them in the southern and western side. A part of them are occupied by well known institutions like the University of London and School of Oriental and African Studies.

The center piece of the current design which was re-landscaped to look similar to the original early 19th century layout is a fountain with jets aiming directly from the pavement. The café is the square was also redeveloped in 2002.

Even if the name is used less each day, St.Pancras still reminds of one of the weirdest cemeteries in the world. The strange look comes from the work of junior architect Thomas Hardy who placed a great number of gravestones around a tree. The tree is now known as Hardy’s Tree.

St Pancras was initially a middle age parish, which started from nearby Oxford Street north as far as Highgate, and from Regent’s Park in the west to the street now identified as York Way in the east, borders which take in a lot of the present London Borough of Camden, such as the central part of it. Nevertheless, as the choice of name for the borough indicates, St. Pancras has lost its reputation as the main settlement in the region. The area now fitted by the term St. Pancras is not easy to determine, and use of St. Pancras as the name of an area is pretty reduced.

The area where Kings Cross stands today was once the location of a major battle between the Romans and the Iceni tribe and was former named Battle Bridge because of this dispute. The region was initially occupied during Roman times by a camp known as The Brill and started to develop in that period. Not much has been known about it until the 19th century when a monument of King George IV was built at the intersection between Euston Road and Gray’s Inn Road. The statue was made of bricks and mortar and was really tall, of about sixty feet but was considered very ugly as Walter Thornbury describes: “a ridiculous octagonal structure crowned by an absurd statue”.

Transfer from London Stansted Airport to Camden by Rail:

Transfer from London Stansted Airport to Camden by Car:

Transfer from London Stansted Airport to Camden by Taxi: