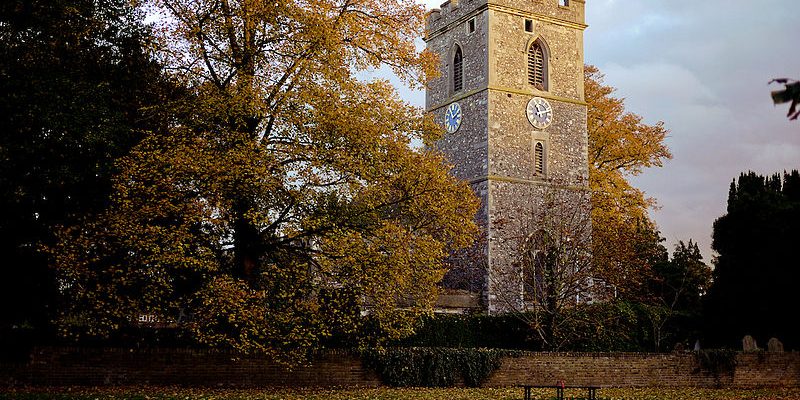 The church of St Mary the Virgin is located on the Church Road. It is the town’s oldest building. The nave, the chancel and the church’s central portion were constructed in the 13th century. The south porch, the lychgate and the south aisle were built in the 16th century and the north aisle dates from the 15th century. By the 11th century, Hayes did not feature any chapel or church. In the beginning, the church was associated with a manor house that appertained to the Canterbury Cathedral. The current Manor House located on Church Road dates from the 16th century. The church of St Mary features numerous significant brasses and memorials and a font dating from the 12th century. The church features the tombs of Sir Edward Fenner, Thomas Higate, Walter Grene and Rector Robert Burgeys.

The town also features a Catholic Church called Immaculate Heart of Mary. It was constructed in 1961 and it replaced the building dating from 1912. You will find it in the town centre, near the Station Road / Coldharbour Lane.

Transfer from Hayes (UB3 – UB4) to Stansted Airport by Rail:

Transfer from Hayes (UB3 – UB4) to Stansted Airport by Car:

Transfer from Hayes (UB3 – UB4) to Stansted Airport by Taxi: