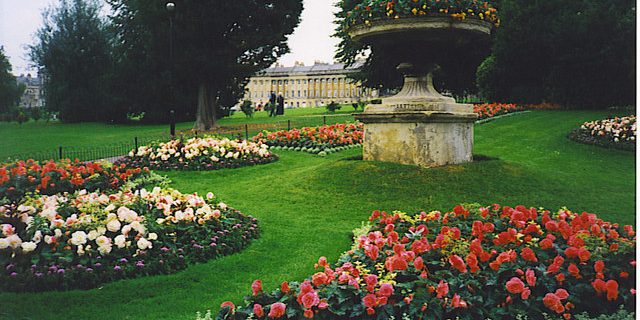 The city of Bath is filled with various public parks. The major green area in the locality is Royal Victoria Park. It is situated close to the town centre and it dates from 1830. The park was opened by Princess Victoria and it features an obelisk erected in her memory. The park covers 57 acres of land and it features attractions such as a botanical garden measuring 9 acres, a play area for children, a skateboard ramp, open air concerts, tennis courts, open air concerts, a putting green, a boating pond and a golf course. The botanical garden is known for its collection of conifers and plants on limestone. It has a Green Flag award and it is an English Heritage area.

Alexandra Park is located on a hill in Bath and it offers some of the best views in the town. The Parade Gardens are situated near the city centre and the Abbey. The Sydney Gardens are home to a magnificent labyrinth and the Henrietta and Alice parks are regarded as charming oasis in the very heart of the city.

Transfer from London City Airport to Bath by Rail:

So as to get transfer from London City Airport to Bath by rail, you need to take the Dockland Light Railway to Canning Town Underground. This journey will last almost 7 minutes. From Canning Town, you can take the tube to Baker Street Underground and from there you will take another tube to London Paddington. Then, you must take the National Rail Service to Bath. Other transport options include taking a taxi transfer from London Paddington, Baker Street Underground, Canning Town or London City Airport to Bath.

Transfer from London City Airport to Bath by Car:

Transfer from London City Airport to Bath by Taxi: