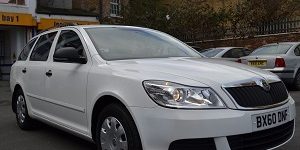 Located in London Borough of Newham, very close to Stratford City there is a place where we want to find our rest as late as possible: the London Cemetery and Crematorium. If you get over the fact that it is a cemetery, London Cemetery can actually be a nice place for walking, reading or meditating (for some people). It received the Green Flag Award (an award for parks and green spaces in the United Kingdom) for its high standards. The Cemetery has 3500 old trees, many beautiful formal gardens, well mentained roadways, a florist shop and a tea room. It is open 365 days per year and it has a free weekend bus service.

London City Cemetery and Creamtorium was established in 1856 and it is the largest such municipal facility in the UK and most likely in Europe. It is important to know that anyone can be buried here, no matter his/her religion. The cemetery has more than 200 acres and over 150.000 graves. That is why the administration decided to reuse the old graves which had not been used for more than 75 years.

As far as getting to London Cemetery and Crematorium using public transportation, the nearest London Underground Station is East Ham. Also, British railway company has two stations nearby: Ilford and Manor Park.

So as to travel by car from London City Airport to Stratford Station you can take the A112 road. The journey takes about 15 minutes at it has approximately 5 miles.